Hurricane Katrina robbed me of my worldly goods.

But it planted a seed that sprouted in a modest 60-acre wetland in Warner Park, a city park across the street from our new house on the North side of Madison, WI. As my wife, Trish O’Kane, began a PhD study of the park, I was elected chair of a new nonprofit environmental organization, Wild Warner.

Wild Warner’s Web site has been a labor of love. Using my reporting, publishing, photograph and film skills I have published opeds, appeared at city and neighborhood meetings and raised the visibility of the “wild side” of Warner Park. I view it as giving voice to those who cannot speak, including 135 species of birds, foxes, turtles and fish who make Warner Park home.

Our most visible campaign succeeded in removing Rhythm & Booms, an annual July 4 assault on the designated wetland. We showed, for example, that the fireworks polluted the wetland with heavy metals and that city and its fireworks contractor, had violated the Clean Water Act for 20 years. 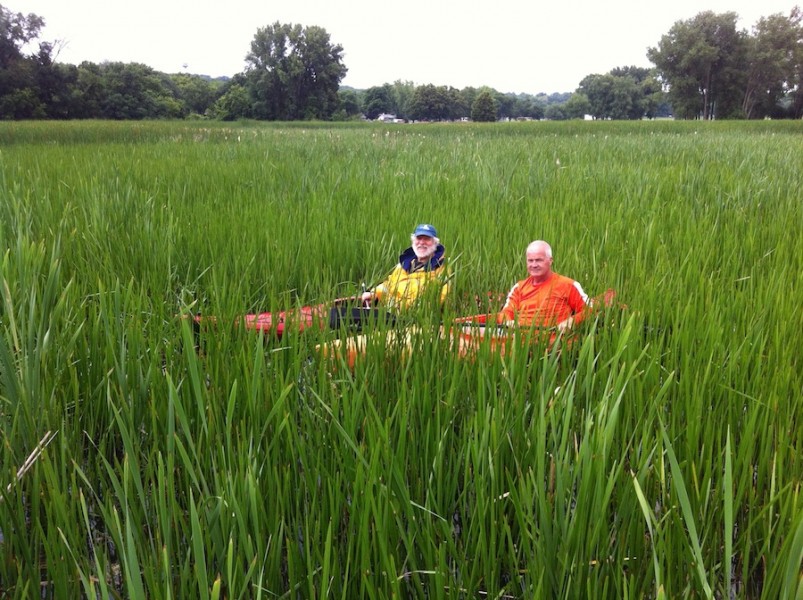 The campaign began with this oped published Aug. 17, 2011 in the Capitol Times:

Is Rhythm & Booms Worth the Cost?

Four summers ago I walked across the street and watched my first Rhythm & Booms. Sprawled with neighbors on a hill I marveled as a giant red veil of sparks fell slowly to earth over Warner Park, accompanied by “Rhythm of the Rain” from 1,000 radios.

This year, the song’s lyrics reminded me, “what a fool I’d been.

By dawn’s early light on July 3, hours after 13,000 shells were fired over it, Warner’s 60-acre wetland resembled a war zone. Hundreds of pounds of cardboard canisters, half-burned fuses, rope, wire and charred paper littered the marsh island and floating sedge. Heavy casings resembling turtle shells were half submerged in the lagoon. By day’s end they had disappeared, sunk to the sediment. Somewhere in the goop, too, was residue of chemicals and heavy metals that had turned the sky that cheery red.

After two decades of raining pollution into Warner Park, which drains into Lake Mendota and the Yahara River system, it’s time to consider whether Rhythm & Booms is worth its environmental and financial cost.

On Monday, Aug. 22, Mayor Paul Soglin’s Community Budget Conversation turns to city parks. The meeting is 7-9 p.m. at Orchard Ridge United Church of Christ, 1501 Gilbert Road. “Everything is on the table,” said Soglin assistant Katie Crawley — including whether Madison should repeat Rhythm & Booms for the 20th time.

Alder Satya Rhodes-Conway, whose district encompasses Warner Park, favors a one- or two-year contract, as opposed to five years, “while we have a larger, more public process to discuss how we should celebrate the Fourth as a city, and how Rhythm & Booms fits with our values as a city.”

I’d like a break. I have grown weary of a circus that has become longer, louder, and increasingly jingoistic in an attempt to prop up its unsustainable budget. Bombs bursting in air and the thunder of F16s no longer remind me of America’s founding promise. I think of young people dying in Afghanistan — in U.S. uniforms and wedding gowns — and of critters large and small cowering in a city park.

The nonprofit Rhythm & Booms tells the IRS that “close to 300,000 people … attend … at Warner Park.” That’s 61 percent of Dane County, an absurd claim.

In 2009, the last IRS form available, the event spent $145,000 on fireworks and site preparation and $50,000 on insurance. But it donated only $2,080 to children’s charities, one of its two “primary exempt” purposes. This year, after breaking even, nothing will be distributed, according to Madison Fireworks Fund Vice President Debra McCue.

The cost to Warner’s natural world is unmeasured. The fireworks often set fire to nesting areas used by some of its 115 species of birds. Based on how dogs react — neighbors drug their pets or board them out — we can imagine the terror felt by Warner’s fox, deer and mink families. The effect on aquatic life has never been thoroughly tested.

If Madison won’t cancel the fireworks, as Chicago and Salt Lake have, or find a laser alternative, Soglin should reduce the city’s subsidy by $50,000, the amount that the Committee on Environment has asked for a thorough study of how Rhythm & Booms affects Warner’s wetland and its wildlife.

NOTE: The City Council approved $25,000. With an additional $4,000 from the Yahara Fishing Club, and golfer Steve Striker’s foundation, a scientific study showed high levels of perchlorate and heavy metals in the wetland. The report is here.