I’m home after two months, sailing Ranger from Tunisia to Italy. Here is a map of our journey. Thanks to crew Wally Wallace, Amy Carrier and Dave Pfautz for the 1,000-mile journey. We left Hammamet March 15, and arrived in Genoa April 27. Ranger was sailed into a Dockwise freighter May 6, and arrived in Fort Lauderdale May 23. You can read about the voyage here. She is now in dry dock west of Okeechobee. 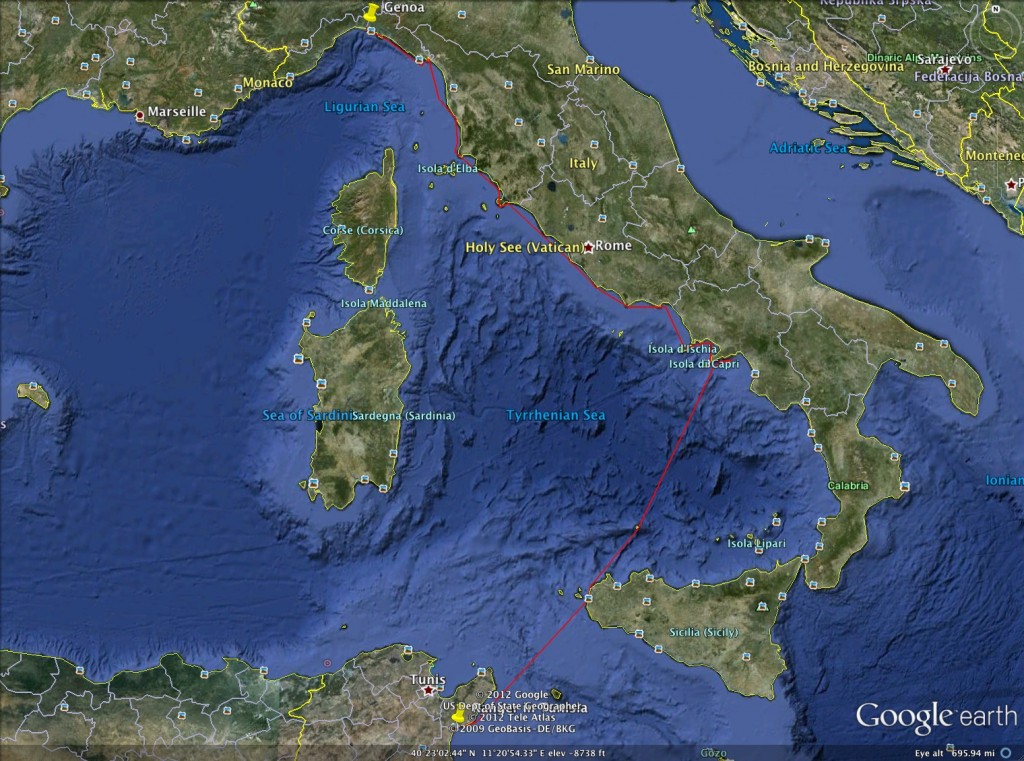 Columnist Doug Moe of the Wisconsin State Journal today outlined my new film: THE LIBRARIAN AND THE BANJO.

The documentary will star Dena Epstein, a music librarian who unearthed evidence that the banjo came from Africa, and helped lay the groundwork for the black string band revival. She turns 95 next month! Long Live Dena. 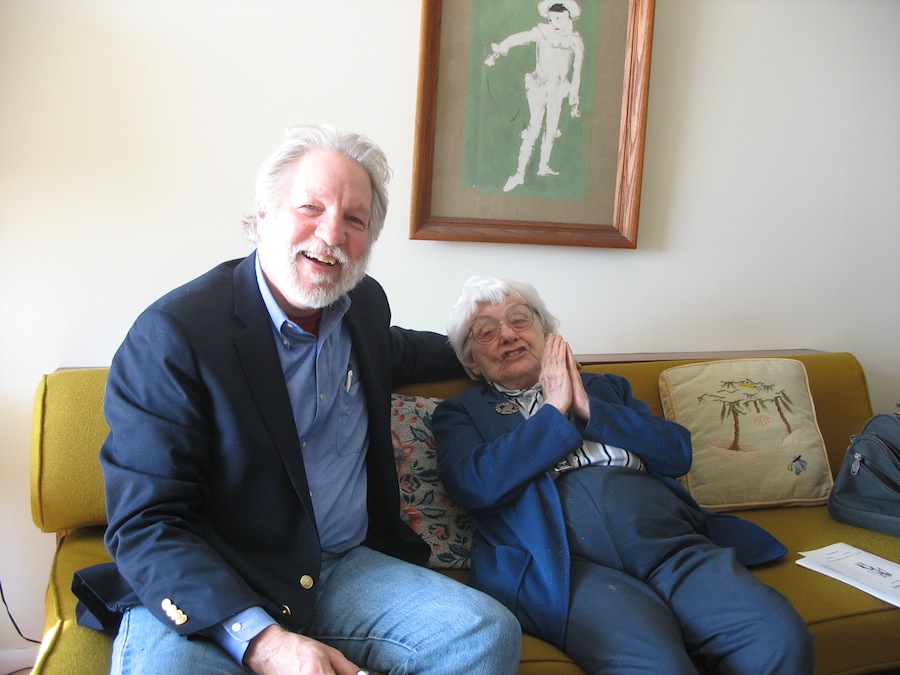 The metaphor behind the design of the new Martin Luther King Jr. Memorial is lost on no one in the remote and ordinary spots
where the civil rights movement unfolded.

“With this faith, we will be able to hew out of a mountain of despair a stone of hope,” King said in his 1963 “I Have a Dream”
speech.

Across the South, a half-century of difficult hewing has produced dozens of memorials at the still highly charged scenes of
murders, marches and triumphs. Among them, bus stops, lunch counters, a bridge and schools.

The first black president could shine a spotlight on this string of human rights pearls by securing U.N. World Heritage designation
for the civil rights movement.

When I moved to Alabama in 1999, most civil rights sites were unmarked, and many had been destroyed. Tourism offices and historical groups, out of racism and guilt, refused to embrace this great gift to the world. Rosa Parks, for example, had to share a
street sign with Hank Williams.

That has changed enormously. Now, in Montgomery, there are two Rosa Parks museums – one for children with a Disney-like “ride”
back to the 1950s – a city-sponsored civil rights trail, and new museums dedicated to Freedom Riders and the 1965 voting rights
march. 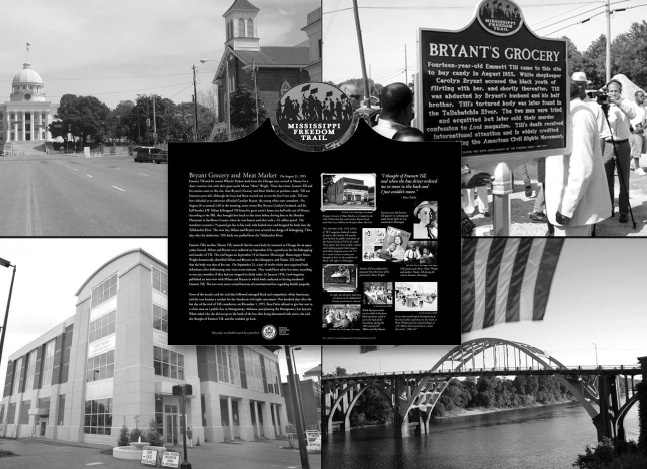 In 2008, Dexter Avenue Church in Montgomery, where King used to preach, along with two African American churches in Birmingham (Bethel Baptist and 16th Street Baptist) were recognized by the Interior Department as worthy of world heritage status as sites key to the civil rights movement. They were put on a “tentative list” for eventual nomination as cultural icons that
“had a profound influence on human rights movements elsewhere in the world, particularly regarding nonviolent social change.”

Chiseling new narratives into southern stone is a difficult task. The South is shadowed by the Civil War, arguments over who
owns history and cynicism at turning human rights tales into tourist trails. But such hewing has led to reconciliation, the
airing of centuries-old grievances and an integration of history that, until recently, was as “Jim Crowed” as water fountains
were in the 1960s.

Case in point: Money, Miss., a dried-up spot in the Delta between the old Yazoo & Mississippi Valley rail line and the turgid
Tallahatchie River, infamous for being the site of the murder of 14-year-old Emmett Till on Aug. 21, 1955. I consider it the
most haunted of Mississippi civil rights sites, the crumbling bricks of Bryant’s Store a palpable reminder of the isolation
and fear that surrounded blacks.

On May 18, the state of Mississippi, with Gov. Haley Barbour’s support, erected in front of the store a historical marker
that describes Till’s death and significance. It includes a quote from Rosa Parks recalling her action four months after:
“I thought of Emmett Till, and when the bus driver ordered me to move to the back and I just couldn’t move.” When Till’s cousin
Wheeler Parker said to the dedication crowd, “This is the spot where we were when we came out of that store,” even tourism
officials felt a chill, recalled Ward Emling, Mississippi’s manager of film and cultural heritage, in an interview.

Few realized that as the ceremony took place, another small drama was playing out. The store is now owned by the grandchildren
of one of the jurors who acquitted Till’s murderers – men who later confessed in Look magazine. The juror and his all-white
companions are pictured on the marker. Yet his granddaughter cooperated in finding a spot for the marker, vetted its content
and advocated for it within her family, according to the marker’s designer, Allan Hammons. “For them to become advocates,
letting go and doing the right thing is a powerful statement,” he told me.

The Till marker was the first of 25 markers to be erected on a “Mississippi Freedom Trail” – this in a state notorious for
more lynchings (more than 500 between 1890 and 1950) and more civil rights murders (40 between 1954 and 1968) than any other
state Their sacrifice eventually led to the election of 800 black people to public office.

This oped was published in the Washington Post Sunday Opinion page Aug. 28, 2011.